Since 1982, the Dillon Lecture Series has provided distinguished and notable speakers that many in Hutchinson, Kansas and surrounding communities might not have the opportunity to experience.  From poets, politicians and space scientists to American heroes, each is chosen by the Dillon Lecture Committee by following the teachings of Chinese philosopher Kuan-Tzam - “learning is the key to enlightenment”,  to educate and inspire audiences across a wide age span. All lectures are held in the Hutchinson Sports Arena beginning at 10:30 a.m. and last one hour. General admission tickets are $10. Students and school groups are admitted free of charge. Tickets are available at the Arena on the day of the lecture. We are not offering pre-sale of tickets at this time.

Col. Mark Tillman was chosen as the nation’s 12th Presidential Pilot and served as commander of Air Force One for eight years under President George W. Bush. The retired colonel was responsible for “the flying White House” throughout both of Bush’s terms and has edge-of-your-seat stories to share about keeping the President safe on Sept. 11, 2001, and clandestinely flying the President in and out of Iraq on Thanksgiving 2003.

Amanda Knox is an exoneree, journalist, public speaker, and author of the New York Times best-selling memoir, “Waiting to Be Heard”. Between 2007 and 2015, she spent nearly four years in an Italian prison and eight years on trial for a murder she didn’t commit. Amanda now works to shed light on the issues of wrongful conviction, truth seeking, and public shaming, and to inspire people towards empathy and perspective.

*Reserved Seating at all lectures
Enjoy the ability to obtain a premier seat for each lecture.  Patron seats are the best in the house. They provide close up views and superior sound, allowing you to enjoy every minute of the presentation.

*Privileged entertainment
During the private luncheon for patrons, the visiting guest will provide supplementary presentations. Previous speakers have given additional lectures, initiated question and answer opportunities, and facilitated open discussions.

*Personalized Interaction
Book signings, meet & greet, autograph and photograph opportunities are often available at the luncheon by the visiting lecturer. Take advantage of this membership benefit and enjoy interacting with the guest speakers.

A variety of membership options are available. Please contact the coordinator to find out more information about the current choices for membership.

Seasonal Patron Membership Gift Certificates are available year round. They make a wonderful present for any age! 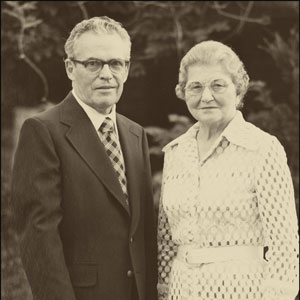 At the beginning of the century, J.S. Dillon, opened a general store in Sterling and in 1913 started a "cash and carry" grocery operation at 813 Main in Hutchinson. Although Dillons has become one of the giant corporations of the retailing industry, success did not happen overnight. There was no magic involved in the organization's growth. "It was a slow, steady pull," J.S. Dillon's son, Ray, recalled of the early years. "We just kept grinding away."
Read More

In 1981, Barbara Peirce, a part-time teacher of Kansas history at Hutchinson Community College, and her friend Jeanette Mull wanted to bring an event to the HutchCC Campus to be patterned after the Landon Lecture Series at Kansas State University.

With their idea in mind the two went to Ed Berger, then Dean of Continuing Education, who liked the idea of such a forum on campus. So Peirce and Mull proceeded to set up the program. They wanted to name the series in honor of Ray and Stella Dillon, long-time Hutchinson residents who were supporters of the community, in recognition of their contribution and their contributions and their interest in young people.

With the initial financial support of the Ray and Stella Dillon Foundation, and additional funding from friends who became the first patrons, the two were able to present the plan to the HutchCC Board of Trustees in November of 1981. Thus, the Ray and Stella Dillon Lecture Series was born, with a motto from the teachings of Chinese philosopher Kuan-Tze, that learning is the key to enlightenment.

The first Dillon Lecturer was former Iranian hostage Richard Morefield, who addressed a crowd of more than 2,000 people in the Hutchinson Sports Arena on March 29, 1982.

In the review of the lecture, the Hutchinson News said:
"The triumph is now part of the perfect inaugural in Hutchinson, in which the virtues of people helping people can be continually highlighted and stimulated. The Ray and Stella Dillon Lecture Series opens as a smashing success."

The first lecture ticket cost only three dollars, and the college was so overwhelmed with response from the public, that the lectures have remained open to the public since that time.

To date more than 150 speakers from all walks of life have addressed audiences at HutchCC.