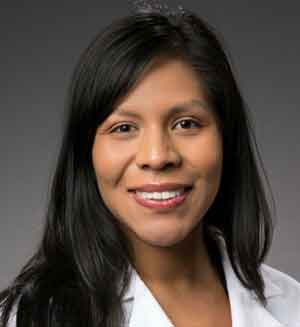 Annabel Mancillas began her journey at Hutchinson Community College in Fall of 2001. As a Hutchinson native she chose to stay close to home knowing that HutchCC was an affordable place to continue her education. Mancillas chose to study nursing and graduated Phi Theta Kappa with an, Associates of Applied Science as a Registered Nurse in 2004.

“My favorite memories from HCC was all of the early hospital experience that was offered through all the clinical experience I gained while becoming a RN through the ADN program. My dream was always to go to medical school and become a physician. For me the path to obtain that dream was to get my undergraduate degree in nursing. HCC made that path  easily available.”

While earning her degree Annabel was a member of the Pre-Med Club, volunteered at the Reno County Health Department as a Spanish-English interpreter and was part of the Student Nursing Association while working at Hutchinson  Hospital as a CNA/Nurse Tech.

After graduation in 2004, Mancillas continued her education at Wichita State University and then on to Kansas University School of Medicine in 2011. “HCC prepared me by setting me up for success. I was able to use what I learned as I furthered my studies and refined my study habits. HCC challenged me to expand my horizons of what I thought was possible in my  chosen field.” Upon completing her residency in 2015, Annabel and her family moved to Kansas City.

Today, Dr. Annabel Mancillas, MD is a board certified Obstetrician/Gynecologist specialist serving the women in the greater Kansas City area. She is married to husband and HCC Alumni, David Gajewski, and have 2 sons, Gabriel and Isaac. They also have two Labrador Retrievers, Coqui and Chica. She is currently working on a Master’s in Public Health through Kansas University. In her rare free time, she enjoys running, Zumba, reading, traveling with her   family and enjoying all of the amenities Kansas City has to offer. 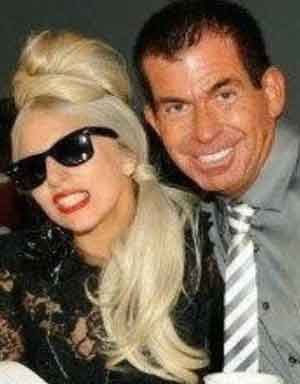 Jim Dunlap enrolled at Hutchinson Community College in 1983. He graduated from Hutchinson High School with a love of theatre thanks to his instructor Pat Bebler. She came to work for Hutchinson Community College in 1983. “I learned so much from Pat, she gave me the confidence to perform in front of people making me more comfortable in the real world to push through and not just sit around and wait for my time. I chose HCC for not only convenience but the radio/television broadcasting department that was ran so well by Vance Tyrell. I learned so much from Vance that I actually was able to get a job in the broadcasting world and feel confident about doing so.” Dunlap stated.

Retired faculty member Vance Tyrell said, “I have such fond memories of Jim while he was at HCC. He was such a hard working  student. He always had a smile on his face and was so encouraging to others. I am so pleased with his success.”

While at HutchCC Jim was a member of the Lockman Players which produced the HCC theatre productions. The members made the sets, lighting, make-up, locate and collect props, costumes and perform. Jim was also involved in the Drama Club on campus, along with working evenings at various  local TV and radio stations.

In 1987, Jim left Hutchinson for Hollywood. He was able to get a job on several films that were being shot in Kansas. Jim’s first big feature film was American Flyers which was shot in McPherson, Kansas. For the past three decades he has been working in the profession he knew he wanted to work in. Over the past 30 plus years working as a production accountant in the film industry, he has been able to travel the world and work with some amazing  people.

“I’ve rubbed elbows with some of the biggest stars in Hollywood. That being said, you have to keep grounded and never forget where you came from. Those are the years that mold you into who you will be.”

Jim has had the honor of working on many films such as The   Legend of Zorro, Are We There Yet?, RV, X-Men: First Class, The Wolverine, The Hunger Games (part 1 and 2), The Bourne Legacy and many more. He also worked on the hit television series Northern Exposure in the 90’s. Currently Dunlap has worked on more than 45 movies and TV shows. He just completed a project with Sony Pictures on the movie A Beautiful Day in the Neighborhood. A biographical drama about Fred Rogers and his life. It was filmed in Pittsburgh, PA where Fred Rogers and the set of Mr. Rogers was filmed from 1968 to 2001. Dunlap said that he was able to meet Tom Hanks and it was a great experience. He also became friends with Joanne Rogers, the 92-year-old wife of Fred Rogers. Jim is currently in Japan for the shooting of the upcoming film The   Captain of Korea under Japanese rule. His job has allowed him to travel and take his mother with him on trips all over the world.

“HCC certainly was a great stepping stone for my career. I also believe if you persist at whatever you want in life, you will get it. Remember no matter your race or where you came from, what you had or didn’t have growing up, anything is possible. Just keep pushing and one day I bet, you’ll find your dream.” Dunlap said. 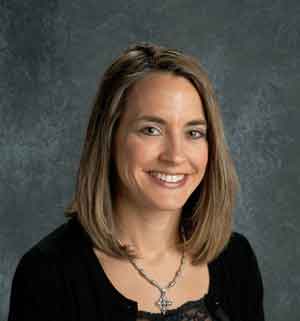 In 1993 Sheila (Miller) Meggers began her college journey at Hutchinson Community College majoring in Education. Meggers grew up in the Medora area and attended Buhler schools. Being the first in her family to attend college, she knew scholarships were essential and was one of the first  recipients of the Presidential Scholarship Program. This program allowed her to come to school and be able to  prepare for her future educational endeavors. “I chose HCC because it was the affordable option, had a smaller learning environment and I knew some of the faculty from taking courses during high school,” said   Meggers.

While at HutchCC, Sheila was a Presidential Scholar, sang in concert choir and played in the pep band. “One of my favorite memories of HCC was playing in the pep band at basketball games the year the Blue Dragons won the national championship. I had a great seat for every game!” After graduating with an Associates of Arts degree in 1985, Sheila attended Wichita State University receiving a Bachelor’s in Music Education, Fort Hays State University for her Master’s in Educational  Administration and in May of 2019 she received her Superintendent’s License from Emporia State University.

Meggers began her career as a music teacher for Morgan  Elementary in Hutchinson and was a stay at home mom for a number of years. She has taught math classes and served as the Math Department Chair at Hutchinson High School. She is also on the writing committee for the current Kansas Math Standards. “As a KSDE Math Trainer, I provide training for  educators across Kansas.” In May she was one of the keynote speakers for the 25th Anniversary celebration of the Presidential – Leadership Scholarship Program.

Along with serving Hutchinson and the surrounding communities, she has been recognized as the USD 308 Teacher of the Year (2016) and the Davis Foundation Educator of the Year (2013). Sheila has been a an Assistant Principal at Hutchinson High School and the Wellness Coordinator USD 308. Currently she is the Principal at Garden Plain Elementary School. Sheila has been married to HutchCC Alumni, Scott Meggers for 26 years. They have three daughters. She loves spending time with family, running, reading and cooking.

Meggers states, “Hutchinson Community College gave me a solid foundation for continuing my education. I formed some valuable relationships with teachers and students that still exist today.”